Local, county and state law enforcment officers have the opportunity to submit biological evidence to the SD State Forensic Lab for DNA testing.  DNA results obtained by the SD State Forensic Lab are used by law enforcement for investigative information and by SD Judicial Systems to assist in the resolution of criminal matters.  DNA databasing of South Dakota's offender samples is being accommplished according to SDCL 23-5A-1 and the FBI's CODIS/NDIS protocols.

We are currently quantifying samples using the Quantifiler Trio quantification kit which determines the amount of DNA present in the sample, if degradation is present, and if any inhibitors are present that could adversely affect downstream processing.  The Globalfiler amplification kit is used to amplify evidence samples, which includes 21 autosomal markers, amelogenin (sex determining) marker and two male specific markers.  Compared to the previous amplification kit, the GF kit has added the two male specific markers and increased the number of autosomal markers from 15 to 21.

The biology section also utilizes the Y-Filer Plus amplification kit.  This kit amplifies DNA only on the Y-chromosome and is specific to males.  This chemistry is mainly used for complex sexual assault cases.  The use of this kit allows us to detect a small amount of male DNA present in samples with a very large amount of female DNA that the GF kit may not detect. 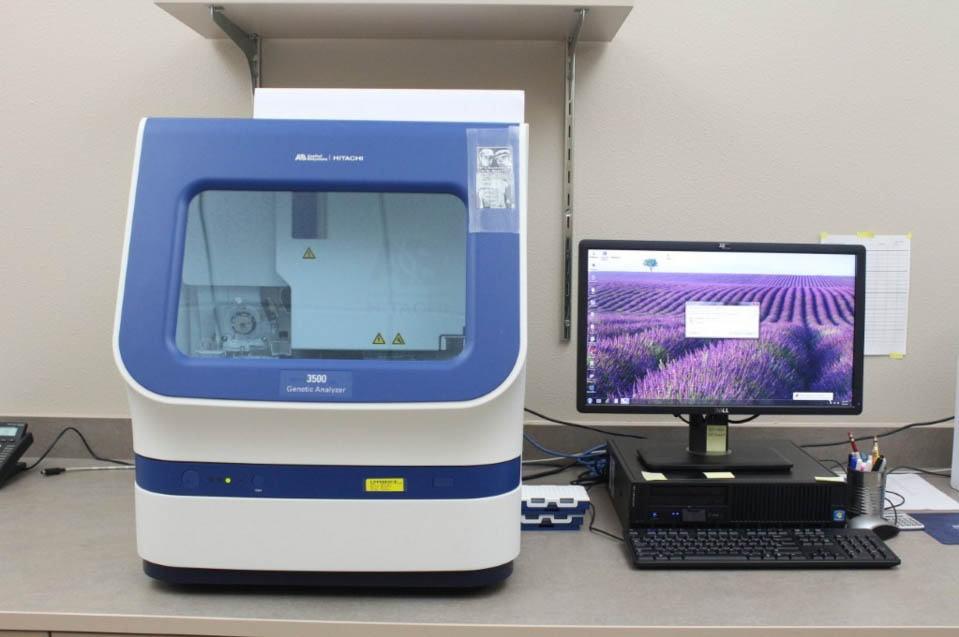 The QIAgility liquid handler can hold up to 96 samples and is used to prepare sample plates for the quantitation and amplification steps. These steps were previously done by hand and this machine has saved up to two days of examiner time.

The Copan CPA200 Puncher is a machine used to punch samples from FTA cards (database sample collection cards) directly into a plate for testing. This replaces hand punching which is very time consuming and decreases contamination risks or loss of sample from static. 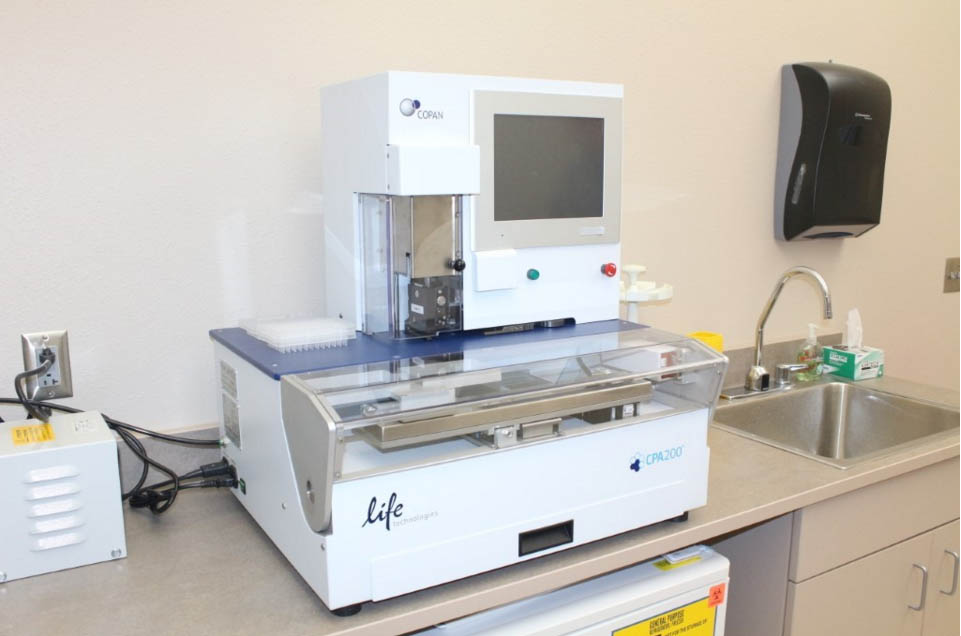